The project aims at identifying traces of Bronze and Iron Age occupation along the Northern coast of Lebanon and to assess the nature of this occupation.

In 2016, thanks to a Pilot Study Grant awarded by the CBRL and in collaboration with the American University of Beirut (AUB) and the Direction Générale des Antiquités du Liban (DGA), I started a field and remote sensing survey on the Northern Coast of Lebanon. Whilst previous work in this region had revealed evidence for activity stretching back to the Palaeolithic our knowledge of settlement and activity in this area over the longue duree is still relatively poor. Moreover, from previous visits, and via my involvement with the Endangered Archaeology in the Middle East & North Africa Project (EAMENA, University of Oxford), it was rapidly becoming apparent that this area, previously a zone of relatively well-preserved archaeology, was coming under increasing threat.

Fieldwork in 2016 focused on an area surrounding the modern settlements of Batrun and Kūbbā, whilst more limited survey was undertaken on the Shikā Plateau. Over 80 archaeological sites and features were identified and recorded in the field, whilst collections from just over 80 transects have allowed us to determine the level of ‘off-site’ material, as well as to identify and map potential locales of archaeological significance, occupation and/or activity (Palaeolithic-Ottoman), now only visible as scatters of pottery and lithics.

Bradbury, Jenny. 2017. A threatened coast: Archaeology, heritage and development along the Northern coast of Lebanon. Bulletin of the Council for British Research in the Levant 2016-17, p 40-43. 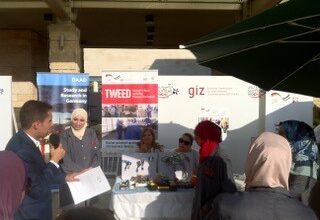 Tackling the causes for flight? The changing features and effects of German refugee policy in Jordan

Project summary Building on a critical ethnographic approach to policy-making, the fieldwork for this pilot study sought to trace the massive expansion and map the current scope of German-funded interventions in Jordan. Project details Location: Germany/Jordan Year(s): 2018 Project director(s):... 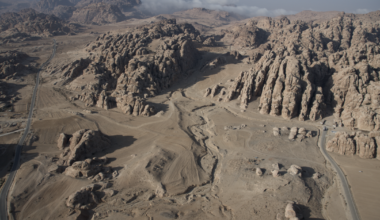 Project summary The Islamic Baydha Project focuses on a Middle to Late Islamic-period rural village located in Baydha, north of Petra, which holds what looks the most substantial and accessible evidence in the region of a settlement during the Islamic... 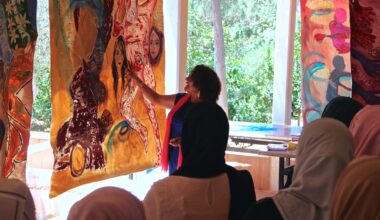 Project summary The project examines how Muslim marriage practices assist Syrian and Iraqi refugee women in negotiating their ‘politics of belonging’ (Yuval-Davis) through shaping social relations, challenging religious boundaries and facilitating community belonging and integration within their new diaspora in...