The CBRL fund supported the final synthesis of the data from the site of Khirbat Faris (Jordan) which will lead to the publication of a second volume of results of the archaeological and ethnographic research at the site.

Ethnographic and environmental evidence, as well as the more mainstream archaeological and historical analysis, are vital in producing a well-rounded picture of rural settlement. The support of CBRL allowed this goal to be realised by enabling the final analysis and  synthesis of the data, collected during the fieldwork stage of the Khirbat Faris Project (1988-1994), that explored the temporal and spatial occupational fluctuations at the site of Khirbat Faris in southern Jordan and the stories of the communities that lived there.

The project covers the period from the Nabatean (first century A.D.) to the late 20th century A.D. The stratigraphy, architecture and small-finds volume has recently been published and the current CBRL-supported work will lead to a second volume.

Scholars from many institutions are involved in the interpretation of this material, which is directed at producing a narrative, in all its complexity, of the land-use related to the settlement. Environmental data comes from the excavated areas; from botanical survey and excavation in the fields surrounding the site; from analysis of aerial photos and satellite imagery; and from extensive collection of first person accounts of the relations between pastoralism and agriculture between tribe and state. These accounts lie at the centre of the ethnographic report which also records disappearing ‘ways-of-life’, local interpretations of 19th century history on the Kerak Plateau and anthropological analysis of how a tribal society works.

McQuitty, Alison. 2021. Khirbat Faris: Ethnography, land-use and environmental studies. Bulletin of the Council for British Research in the Levant 2020, p 30. 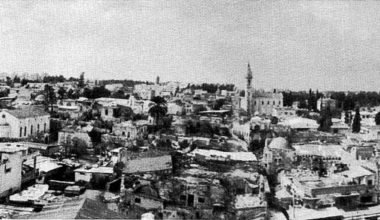 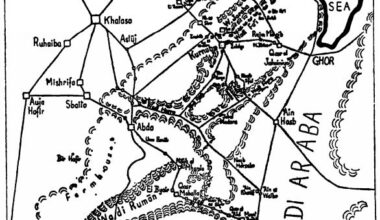 Project summary Project undertaken by the BSAJ and PEF, to investigate Palestine covered by the sheets of the official map of Palestine on the scale of 1:100,000. Project details Location: Palestine (various locations) Year(s): 1937-1938 Project director(s): P. L. O.... 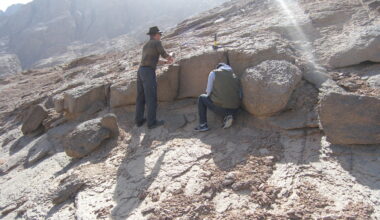 Alluvial fans as indicators of past climate change in the Levant

Project summary This project reconstructs the past 25,000 years of landscape change in the Eastern Desert of Egypt and in Jordan and possibly significantly longer within the Quaternary period. Project details Location: Egypt, Jordan Year(s): 2019 Project director(s): Paul Carling...