Academics are encouraged to break new ground and contribute to scholarly debate with original research. Yet, as I have found, reporting on the findings of such research can be met with scepticism and resistance when these do not appear to conform with prevailing wisdom.

In the case of the Israeli-Palestinian conflict, for several decades following Israel’s conquest of the West Bank and Gaza in the 1967 Arab-Israeli war, the tenets of international law provided the main basis upon which to critique the ‘Occupation’. Yet, while the law was clear about the responsibilities and transgressions of the occupying power, that is Israel, it was less clear about whose land was occupied. Was it the Palestinian population of these areas, or the powers previously in control, that is Jordan and Egypt? UN Security Council Resolution 242 made mention of the Palestinians only as ‘refugees’ from the war of 1948.

The parameters of the conflict, and thence the bases upon which scholars generally examine or critique it, have progressively evolved to the point where now, the prevailing approach is to condemn the Occupation on the grounds that it is an instance of settler colonialism. While this is clear, less so is the required redress—a binational state or Palestinian independence.

My latest research establishes that the Palestinians want above all else to see an end to the Occupation, freedom and the same rights as those enjoyed by their Israeli counterparts. That is their bottom line. My research also shows that some, but only some, Israelis see this.  What motivated my research was a desire to find out why those who do not ‘get it’ insist on telling a different story and framing the issue in such a way as to blame the Palestinians for the conflict and deny Israeli responsibility for the perpetuation of the Occupation.

It is in this connection that I have run into some resistance to both my line of inquiry and my findings. I sense that my interest in better understanding what lies behind Israeli denial is received as a lack of appropriate outrage on behalf of the Palestinians and a misplaced attempt to give equal credence to the positions of both sides in this conflict. On the contrary, I see the Occupation as an undeniable and unconscionable reality. What interests me is the narrative or story that Israelis espouse which blinds them to what others find obvious.

The answer I discern is, essentially, identity politics. We all tell ourselves stories about what makes us who we are and who we are not as a collective. Our national narratives tell us what makes us proud and strong, what we have endured as a people or nation, what we value most and what we fear. In constructing our national story, we also generally define ‘us’ in relation to some ‘other’, whose identity we do not share and whom we consider different and distinct.

In the context of the Israeli-Palestinian conflict, there are several national narratives operating in parallel. Each is internally coherent and logical, but exist in isolation and are incompatible with one another. Each narrative refers to history and to ‘the facts’ but do so selectively and with different emphases. The Palestinian narrative is one of a people dispossessed, exiled and stateless. The Israeli narrative is one of a people who were stateless and persecuted, but who have established a state and become strong.

For the Palestinians the explanation for their deprivations is Zionism. For the Israelis the explanation for their fears of losing what they have won is Palestinian nationalism and quest for justice. I am not talking here about Israeli religious nationalists who believe God gave them the Holy Land or the mainstream national narrative crafted by their political authorities. I am talking about the narrative as internalised by ordinary people.

Many of the Israelis I surveyed in my research actually said the Palestinians were ‘the ones who paid the price’ for the triumphs of the Israelis. Yet they do not want to ‘pay the price’ for making redress. To do so would require that they reinvent themselves as a people who value equality over nationalism and the exercise of control.

My conclusion is that yes, there will be no end to the conflict so long as the Occupation persists, but also, in order to understand why the occupiers prefer more conflict to peace requires examination of the narrative through which they define themselves. That needs to change as much as the Occupation. Yet, in an era in which nativism and populism are on the rise, at the expense of respect for human rights and democracy, the prospects are not auspicious.

Professor Hollis will be discussing her new book Surviving the Story: The Narrative Trap in Israel and Palestine (Red Hawk books 2019) as part of a panel discussion with Dr Seth Anziska on 21st October 2019 at UCL’s Institute of Advanced Studies.  To find out more about this event, click here.

Rosemary Hollis has worked in academia and the ‘think tank’ community, focusing on the involvement of the EU, the US and the UK in conflicts in the Middle East. She was Director of the Olive Tree Scholarship Programme for Palestinians and Israelis (2008-16) and Professor of Middle East Policy Studies (2012-18) at City, University of London. Before that, Rosemary was Director of Research (2005-08) and Head of the Middle East Programme (1995-2005) at Chatham House (the Royal Institute of International Affairs) in London. 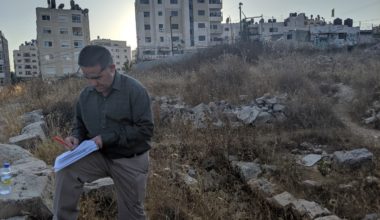 By Mazen Iwaisi, CBRL Travel Grant recipient and PhD Candidate at Queen’s University Belfast Archaeology does not always engage directly with scholars in other disciplines such as politics, governance and law, although the possible implications are often discussed. By breaking the disciplinary...

By Polly Withers, CBRL Fellow at the Kenyon Institute.  This post is an overview of a monograph that Polly is currently working on that looks at the “alternative” Palestinian music scene in post-Oslo Palestine.  “I don’t care where you’re from; where... 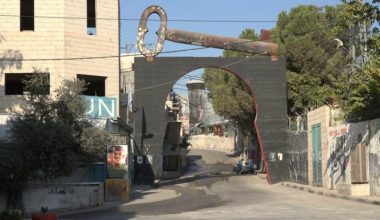 Surrogate states: Palestinian refugees, the PLO, and UNRWA in history

By Anne Irfan, winner of Contemporary Levant’s best paper award of 2020 and Departmental Lecturer in Forced Migration at the University of Oxford’s Refugee Studies Centre. The Palestinians’ struggle for statehood has been core to the politics of their seven decades...