Joint project of Yale University and BSAJ, carried out between 1928 – 1930. Beginning at the church of St Theodore, the excavations cleared a number of churches in various locations on both banks of the river.

Between March – June 1928, the excavation focussed on the Church of St Theodore, the atrium west of church, the colonnaded fountain-court with staircase to the east of church, with scene of water turning into wine, miracle at Cana.

Between March – June 1929, the staircase east of the church leading to the street was cleared as well as six churches in various locations.

In November – December 1929 and in April and May 1930, excavations were carried out on both banks of the river. On the east bank, at the north end of the town, a church with unique cruciform plan, dedicated in 464-5 A.D. to the Prophets, Apostles and Martyrs, was excavated. This was the thirteenth church studied by the joint expedition. On the west bank further work carried out in the Fountain Court group of buildings and some trial trenches were cut in the courtyard of the Temple of Artemis.

Project summary Project undertaken by the BSAJ and PEF, to investigate Palestine covered by the sheets of the official map of Palestine on the scale of 1:100,000. Project details Location: Palestine (various locations) Year(s): 1937-1938 Project director(s): P. L. O.... 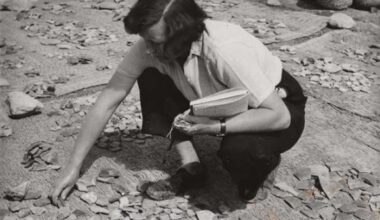 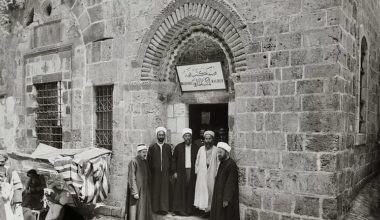 Project summary Carried out between August 1968 and December 1969, this pilot project produced an architectural and photographic survey of little known but historically important buildings in the Old City in Jerusalem. The aim was to produce an accurate record...