By Nicola Pratt, Reader at the University of Warwick and former CBRL trustee.

Whilst much research on the contemporary history of the Middle East continues to marginalise women’s contributions, a recently published archive of interviews with women activists in Egypt, Jordan and Lebanon reveals women’s participation in the making of the contemporary Middle East and the impact of national, regional and international events on women’s lives. The archive, hosted by SOAS Digital Collections, contains some 90 interviews with women of different generations, which I gathered between 2013 and 2014 thanks to funding from the British Academy and the Politics and International Studies Department, University of Warwick. The research forms the basis of a new book entitled, Embodying Geopolitics: Generations of Women’s Activism in Egypt, Jordan and Lebanon.

The choice to collect personal narratives was motivated by a need to make women’s experiences of geopolitical transformations central to our understandings of the Middle East and North Africa (MENA). In the wake of the Arab uprisings of 2010-2011, I was frustrated with the lack of attention to women’s long histories of activism as well as some overly simplified assessments of the impacts of the uprisings on women’s lives. Hence, I set out to research the contemporary history of women’s activism from national independence until the Arab uprisings through women activists’ personal narratives.

Feminist researchers and historians of marginalised groups have long been champions of personal narratives or oral history methods as ways of uncovering previously untold histories and giving a voice to those ignored by mainstream scholarship. Narrative approaches support a diversification of voices beyond the elite and the powerful and present insights into the consequences of major geopolitical events for everyday people, as well as highlighting their important roles in historical developments.

The narratives gathered in the archive uncover stories that remain marginalised, if not totally absent, in the majority of scholarly literature on post-independence state building and geopolitics in the MENA. These include the important contribution of women’s unpaid work in the fields of social welfare and humanitarian work and the ways in which geopolitical upheavals, such as the 1967 War and the Arab uprisings, reshaped subjectivities and provided openings for women to challenge dominant gender norms through their involvement in revolutionary and radical movements. The interviews also reveal details about family background and education, how women became involved in public work (al-‘amal al-‘am), information about their activism and how it has changed over time in response to political changes at the national, regional and international scales.

In my research, however, I have not treated personal narratives merely as objective sources that may present previously hidden or marginalised histories. Rather, personal narratives and oral histories reveal the meanings of past events, thereby uncovering the relationships between the self and memory, between the present and the past, between the individual and the collective, and between the individual and the wider sociopolitical context (for example, Passerini 1987). I have approached narratives as texts that “derive their very meaning from being part of a larger whole, and without this dual perspective it is difficult, if not impossible, to access the meaning of what is being said” (Andrews 2007: 205).

To understand the meaning of women’s narratives, I have contextualised them in relation to postcolonial state projects of national sovereignty and modernisation and their gendered underpinnings, which, have their roots in experiences of colonial domination and resistance to orientalist discourses. Anti-colonial and post-colonial nationalism has portrayed women as both symbols of national progress as well as markers of cultural ‘authenticity’, particularly vis-à-vis the former colonial powers. As the feminist historian of Iran, Afsaneh Najmabadi, has neatly summarised: nationalists expected women to be “modern-yet-modest” (1991: 49). These beliefs have been integrated into postcolonial geopolitical imaginaries and have regulated women’s activism.

Against this backdrop, women’s narratives of their activism are understood as processes of accommodating, negotiating and sometimes subverting or transgressing the dominant gender norms that are the foundations of state building. This is illustrated, for example, by the testimony of Abla Abu Elba, leader of the Jordanian leftist opposition party HASHD, and a former member of parliament. In our interview in 2014, she told me: “It’s very important for a woman going into public service in particular in our Arab world that she presents herself in an appropriate manner. . .In our parliament, they watch women, how they behave, what they wear, how they speak. . .I always wear long sleeves to the parliament. . .used to even watch the way I laughed and how often I smiled.” However, there are many examples in the archive of how geopolitical upheavals have destabilised gender norms, enabling women’s more overt acts of transgression.

Viewing Middle East politics and international relations from the embodied perspectives of women activists reveals the particularly gendered ideas, forms, images, and imaginings that have informed and underpinned critical junctures in the region’s contemporary history, from decolonisation to the Arab uprisings. It demonstrates the crucial ways in which particular ideas of gender have underpinned the creation of regional order and the stability of post-independence regimes. It highlights the ways in which women’s bodies have been the sites of geopolitical contestations, with devastating consequences for their security and bodily integrity. However, it also emphasises the ways in which women activists have been active participants in geopolitical struggles, contributing to the disruption of dominant geopolitical power as well as its reproduction.

Nicola Pratt is a Reader of the International Politics of the Middle East at the University of Warwick. She teaches and researches on the international politics of the Middle East, with a particular interest in feminist approaches as well as ‘politics from below’ and ‘everyday politics’. She is a former trustee of the Council for British Research in the Levant and the current Vice President of the British Society for Middle Eastern Studies. 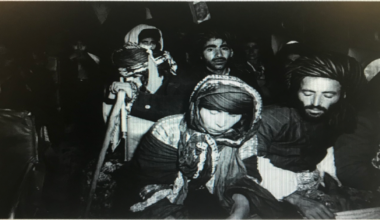 Diasporic activism of Jewish Kurds from Iraq in Israel

By Dr Bahar Baser, University of Coventry and 2018 CBRL Pilot Study awardee. The Kurdistan Region of Iraq (KRI) held a referendum for independence in September 2017. Although the international community and the neighbouring countries in the region did not welcome this move,...