This project traces the rise of ‘Grand Muftis’ as a new model of religious leadership in the Middle East, exploring a paradigm shift from ulama as freelance scholars to bureaucratic officials and formal representatives of religion in the context of modern categorisations of religion and the secular.

In contrast to traditional notions that Islam has no religious hierarchy, new states built on the ashes of the Ottoman Empire have created centralised religious institutions headed by Grand Muftis with wide ranging powers over mosques and other endowed properties, local imams and preachers, religious education and shari‘a courts. This research will explore the shifting roles of these clerics as part of the twentieth-century state-building process in Jordan and Palestine, showing how they have come to demarcate what is religion and what is non-religious/secular in Muslim societies. I will use these institutional histories to trace genealogies of ‘religion’ and ‘religious leadership’ as practical categories in modern Islamic discourse.

(1) The first objective is to chart the nature and causes of a major shift in the role of certain ulama, characterised by parallel processes of professionalisation, bureaucratisation, centralisation and nationalisation. My project moves beyond the prevailing scholarly conceptualisation of ulama as knowledge producers, to analyse the ways in which they have not only adapted to modernity as ‘scholars’ and ‘religious authorities’ but in some cases reformulated their role more radically into one of officials, administrators and ‘religious leaders’ within the sphere of the modern bureaucratic state. What is the extent and significance of this shift? To what extent has it been driven by state policy imposed ‘from above’, or by a demand for institutionalisation ‘from below’, from among the ulama or other sectors of society?

(2) The second objective is to identify the discursive shift that underlies changes in the role of ulama. What do demands for such institutionalised leadership, and expectations of it, reveal about implicit understandings of ‘religion’ and its place in society? How and to what extent do such demands or expectations appeal to popular ‘common sense’ articulations of ‘religion’ as a reified subject with distinctive characteristics, rights, freedoms, etc, distinguishable from the non religious? These questions address an embryonic debate in Islamic Studies, spurred by critical theories of ‘religion’ more generally, over the historicity of an Islamic dichotomy between religion and the non religious/secular.

I first traced the legislative and bureaucratic development of the target institutions in the decades following the collapse of the Ottoman Empire, and then located and analysed the discourse around key moments in that institutional development, moments at which demands or expectations have been voiced most intensively.

Key sources consisted of legislative and administrative archives at the National Library of Jordan and the Palestinian National Archives, archives of colonial and diplomatic correspondence at the British National Archive in Kew, and Islamic journals and magazines in print during the early- to mid-twentieth century in Jordan and Palestine, held in the national libraries or local University libraries. Archival research was supplemented with interviews with current and former members of the religious institutions in Amman and Jerusalem, as well as with relevant government officials. The purpose of these interviews was to guide my exploration of archival sources by helping me identify key historical moments of debate around the institutions, and to provide material on the contemporary discourse of ‘religion’ and ‘religious leadership’ around the institutions as a basis for genealogical study.

Henley, Alex. 2021. A genealogy of Islamic religious leadership in post-Ottoman states. Bulletin of the Council for British Research in the Levant 2020, p 34-36. 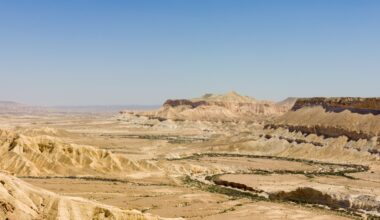 Project summary This project discusses the representation and transformation of deserts as colonial spaces. Unlike “productive” lands deserts were never directly governed, rather they were seen as “oceans” or “routes” to traverse. This conception was materialised through the implementation, amongst... 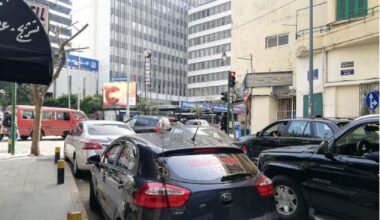 Excesses of modernity: the politics of everyday mobility in Lebanon

Project summary As Lebanon “embraced” Western modernity eagerly in the 1950s, the rise of automobility created the image of a small country where one could ski in the mountains and bathe in the Mediterranean in the same day. Yet, decades... 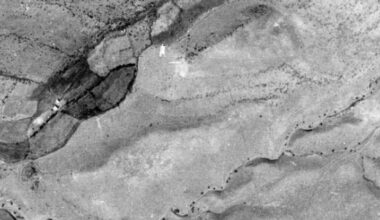