This project discusses the representation and transformation of deserts as colonial spaces. Unlike “productive” lands deserts were never directly governed, rather they were seen as “oceans” or “routes” to traverse. This conception was materialised through the implementation, amongst other things, of road network. This research investigates two desert-colonisations and their cultural and historical convergences: Fascist Italy colonization of the northern Sahara and the Zionist colonisation of the Negev.

The perceived wilderness and emptiness of the desert have always captured the colonial imagination. In both cases of Fascist and Zionist colonial discourses triggered the desire to domesticate it and ‘make it bloom’. Negating its ‘slowness’ and ‘a-temporal’ nature, both Fascists and Zionists separately sought to establish transport technologies in the form of road infrastructure, in the attempt to awaken an imagined millenary ‘silence’.

This research embarks on a comparative direction that will enable the study of the intersections between two different cases of colonial ideologies and systems of power: Italian Fascist colonialism and the Zionist colonisation of the Naqab (Negev). It thus intends to discuss the cultural and historical convergences between colonial Italy and Israel in the transformation and the representation of the desert as a colonial space.

This work is based on my PhD research and offers a more expanded and nuanced picture into the study of the Zionist colonisation of Palestine. The research intends to investigate further questions relating to colonial ideology, technology and representation in reference to the understanding, aestheticisation and transformation of the Naqab/Negev desert after the establishment of Israel in 1948.

Exploring new ground, colonial systems of power, narratives and practices of Italian Fascism and Zionism will be thoroughly discussed and comparatively analysed shedding light on the variety of factors that inform spatial changes. While the correlations between desert and speed technologies within Fascist culture, politics and architecture were extensively explored in my dissertation, drawing on analysis of the writings of Zionist thinkers, together with Israeli road plans, drawings and maps, I pose the question of how Fascist and Zionist colonial ideologies correlate – theoretically and pragmatically – and to what extent there exists a continuity between the Fascist colonial discourse and the Zionist one.

The project aims to help disseminate the use of spatial (natural, architectural, structural, infrastructural) analysis within the context of colonial history. Additionally, it aims to delineate the contours of Fascist and Zionist colonial ideologies and Italy’s and Israel’s colonial histories as fields of study located between spatial and material theories, and to further point out new ways for historical enquiry in the fields of cultural and postcolonial studies. While correspondences between Fascism and Zionism occupy the contemporary political and academic discourse, this research intends to place the debate within a spatial analysis. In this type of analysis the relation between artificial and natural environments (roads and deserts) will uncover the possible convergences between two seemingly different colonial systems.

Distretti, Emilio. 2017. Desert Roads: Investigating Colonialism in Libya and Palestine. Bulletin of the Council for British Research in the Levant 2016-17, p 43-44. 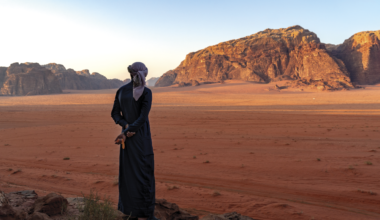 ‘Cultural Corridors of Peace’ and a regional Bedouin gathering

Project summary CBRL joined the Cultural Corridors of Peace (CCP) project from April 2019 until the end of January 2020 with the purpose of organising a ‘regional Bedouin gathering’ in Jordan to include Lebanese, Palestinian and Jordanian representatives. CBRL joined... 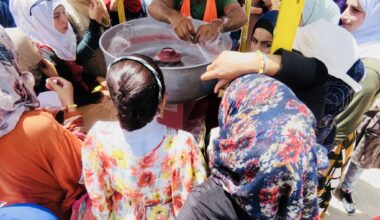 Project summary This project originally set out to understand the complexity of nostalgia and time in Azraq refugee camp. The CBRL travel grant enabled the second stage of my ethnographic fieldwork which focused on the refugee community’s conceptualisation of time... 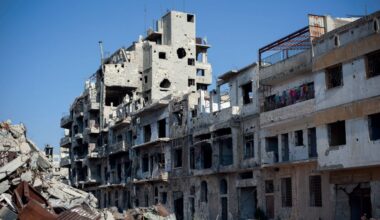 Coalescence of the displaced: Syrian civil society beyond borders

Project summary This project, part of Tamara Al-Omm’s PhD research, aimed at understanding the mechanisms through which Syrian civil society remained active despite the exile and displacement of the majority of its intelligentsia. This research is based on in-depth interviews...