The grant was awarded to help with the costs of publication of the excavations at Tell Iktanu and Tell al-Hamman, Jordan.

The project as re-established in 1987 stemmed from a D.Phil field project completed in 1971 which investigated the nature of the Intermediate Bronze Age in the Southern Levant (IBA or Early Bronze IV/Middle Bronze I or Intermediate Early Bronze-Middle Bronze Age). This included a survey of many of the then-known sites of the period in Lebanon, south Syria and Transjordan and a brief season of excavation in April/May 1966 at the site of Tell Iktanu in the south- east Jordan Valley, sponsored by the BSAJ and for the most part funded with a small grant from the Palestine Exploration Fund. A summary report was included in the doctorate, and published in 1974 in Levant.

In 1987, a new project was initiated, sponsored by the BIAAH and with the financial support of a number of institutions in the UK, including the BIAAH. As part of this project, three further seasons of field work were carried out at Tell Iktanu (including a part season at Tell Hammam) in 1987, 1989 and 1990; a survey of the modern botany of the environment in 1992 (with Dr U. Thanheiser and J. Walter); and a survey linked to air photographs of the region (with  Dr D. Kennedy and Dr P. Freeman) in 1995. Other shorter visits have been made to the sites.

As originally outlined, the project was intended to support a regional survey of the south Jordan Valley and its hinterland by selected excavation, at Tell Iktanu (EB I, IBA, IA/Persian) and Tell Hammam (EB III). However, the emphasis became the excavation of the accessible and well-preserved IBA settlement at Iktanu. The initial excavations (Prag 1971, 1974) radically changed perceptions on sedentism and on aspects of pastoralism during the IBA; and since then ongoing work has addressed and clarified both continuity and distinctions between the EB III ‘urban’ and the IBA ‘non-urban’ populations. Increasingly also the chronologies of these periods have become of interest to studies of north-south Levantine relationships.

One of the major aims in returning to excavate at Iktanu in 1987 was to obtain charcoal samples and information on the palaeobotany of the period which were not retrieved in the 1966 campaign, when flotation recovery was in its infancy, and it was assumed such organic materials would not survive in the very shallow deposits encountered. The intensive flotation program carried out during the following three seasons proved unexpectedly rewarding. A series of C14 dates has since been achieved with a grant from the CBRL in 2012. 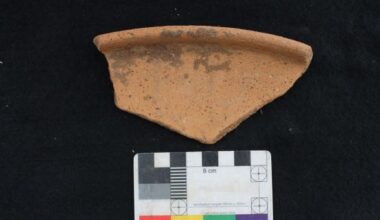 Alternative trajectories towards complexity: the enigma of the Lebanese coast

Project summary This study targets the lack of a ‘developed’ EBI ceramic assemblage in parts of Lebanon and the sudden rise of an EBII ceramic industry. It explores regional socio-economic trajectories and local and non-local agents in this process. Project... 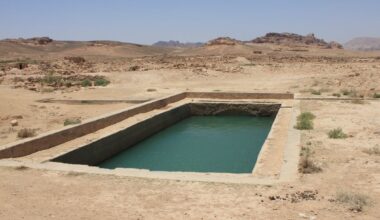 Sustainable water management and socio-environmental dynamics: past and present

Project summary The project focused on developing projects on water management, possibly seeking to leverage the experience of past water management throughout the Mediterranean, Middle East and Africa to assist with modern water management. Project details Location: various Year(s): 2018-2019... 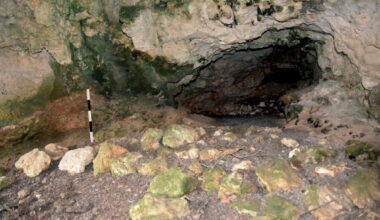 A Threatened Coast: Archaeology, Heritage and Development along the Northern Coast of Lebanon

Project summary The project aims at identifying traces of Bronze and Iron Age occupation along the Northern coast of Lebanon and to assess the nature of this occupation. Project details Location: Lebanon Year(s): 2016 Project director(s): Jenny Bradbury Lead institutions...